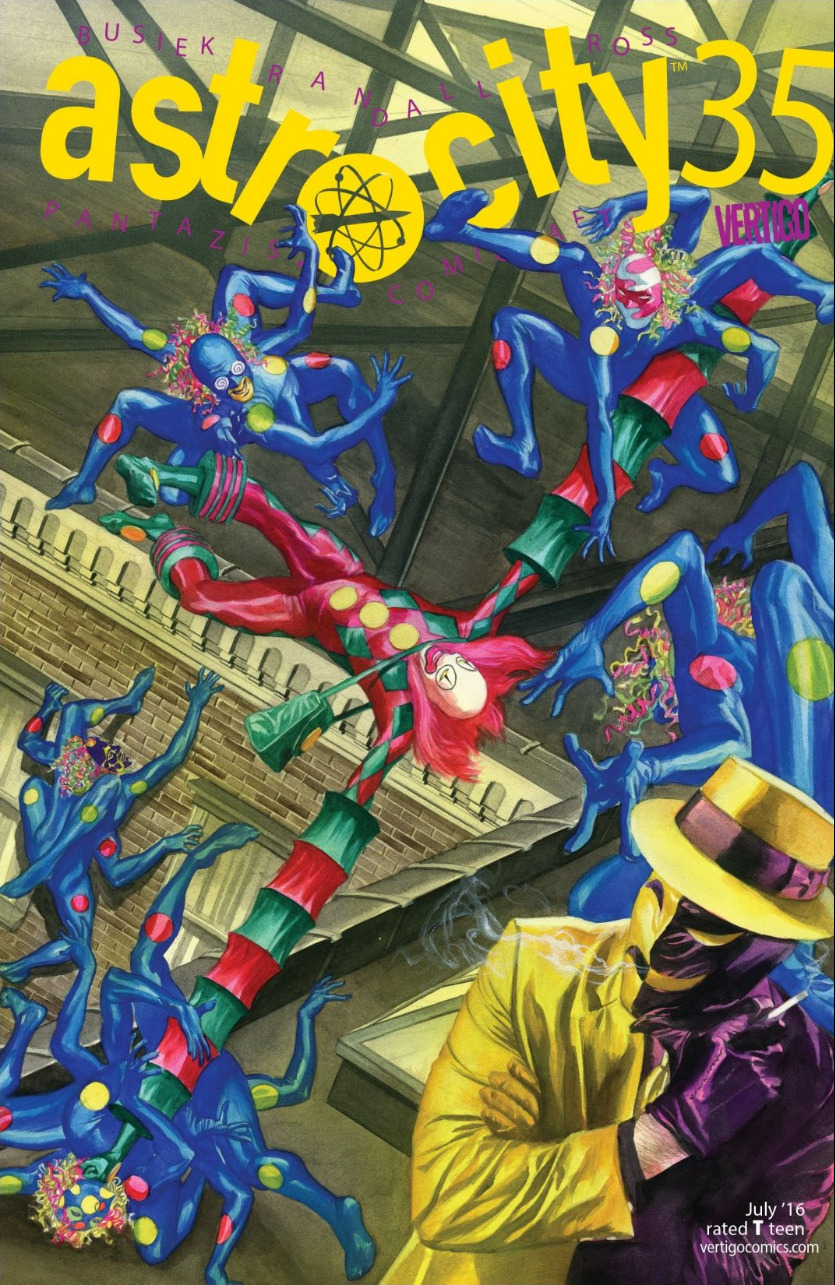 Everyone, I love Jack-In-The-Box. Always have.

When you look at Jack-In-The-Box, you immediately think Spider-Man – urban acrobatic crimefighter who immobilizes people with string he shoots out of his hands? Obviously. But the character is so much more than an ersatz Spider-Man, or even an ersatz Steve Ditko character (in this comic, there’s a fight with the “Weirdies,” which are as Ditko a set of villains as you can get.) And sure, Jack-in-the-Box is in that mold. But the analogy is just the sketch – it’s how the details get filled in that’s telling.

Jack-in-the-Box is the story of that type of street-level “can do a little bit of everything but has to struggle for it” character, but two big things set him apart. First of all, he’s black – and this has been true for every single Jack-In-The-Box.

How each Jack-in-the-Box has approached the role has been determined by their circumstances and how blackness in America factors into them. For the original, Jack Johnson, it was the circumstances of being black and talented in the 1960s, where he worked as a toy designer who was underpaid for his work – a sympathetic origin for any comics creator – who discovered, in an origin so delightful it could only have come about in the 1960s…

… that criminals are using his toy designs. Obviously, the only solution is to don a costume and fight crime, which he does, right up until he doesn’t – because one day, Jack-in-the-Box dies.

The scene then shifts to Zachary Johnson, whose live is informed by an absent father who died to violence – another sadly all-too-common story in black America – who discovered that his father was a superhero and the man who killed him was still alive.

In both cases, Zach and Jack were both spurred into superheroism by having had something taken from them, but they left the life in very different ways – Jack, having been murdered, and Zachary becoming a father. The mantle is then passed on to the third Jack-in-the-Box, Roscoe James – one of the Trouble Boys, a Baker Street Irregulars-style gang that was often Jack’s informant network.

Roscoe’s story is one of a man – in this case, Zach – having carved out stability for himself, and now seeking to send the elevator back down. Roscoe in turn relies on the rest of the Trouble Boys far more than any previous version of the character, turning it fully into a group activity. In the words of the best superhero movie of 2018…

… anyone can wear the mask.

Jack-in-the-Box is like if, instead of being a 2011 creation, Miles Morales had been Spider-Man in 1963, and then aged in real time, passing his mantle on to a new black character every time. He’s Black Panther and the Blue Beetle, Spider-Man and the Creeper, Kamen Rider and every generational superhero story ever, all at once. I love Jack-in-the-Box so much.

Of course, the dark side of the notion that anyone can be the hero is the notion that everyone who can be a hero should be, and that is where we find our viewpoint character, Jerome. He’s the grandson of Jack Johnson, and he’s about to graduate high school, and he knows what he wants to do with his life – and he’s sure that isn’t going to be taking over for Roscoe as Jack-in-the-Box.

Even beyond the fact that an early disaster with superheroics wound up messing up his knee, his inclination is towards other pursuits. And he can’t help but wonder, with just a little bit of genre savvy – if he’s not the hero, does that make him less important?

It’s no new observation to note that the supporting cast of superhero comics has withered on the vine somewhat in recent years. If the secret identity is seen as less and less important – and it is, with the MCU movies having largely abandoned the conceit – then that removes circumstances where the character has to be around people who are a bit more down to Earth and not plugged into the life of superheroics. You can’t put Lois Lane on a T-shirt the way you can with Superman, despite her being important to the mythos of the character – and this leads to thinking like, “why not pair Superman up with another superhero like Wonder Woman?”

Why hang around a father figure when you could have guest stars like Captain Marvel or Nightwing? And if superheroes are mostly hanging around other superheroes, what happens to their supporting casts – bumped off unceremoniously for cheap heat, or forgotten in favor of a trendy storytelling paradigm?

All this comes to a head when Roscoe, the Trouble Boys Foundation, and the rest of the extended family around Jack-In-The-Box, are digging for clues as to what happened to their father. And then they discover the mask of another supervillain, Mister Drama, and then they’re interrupted by someone…

… someone who is also working through some parental issues.

What those issues are, and just what happened that fateful night decades ago, is the subject of next week’s A Year in the Big City. See you then!