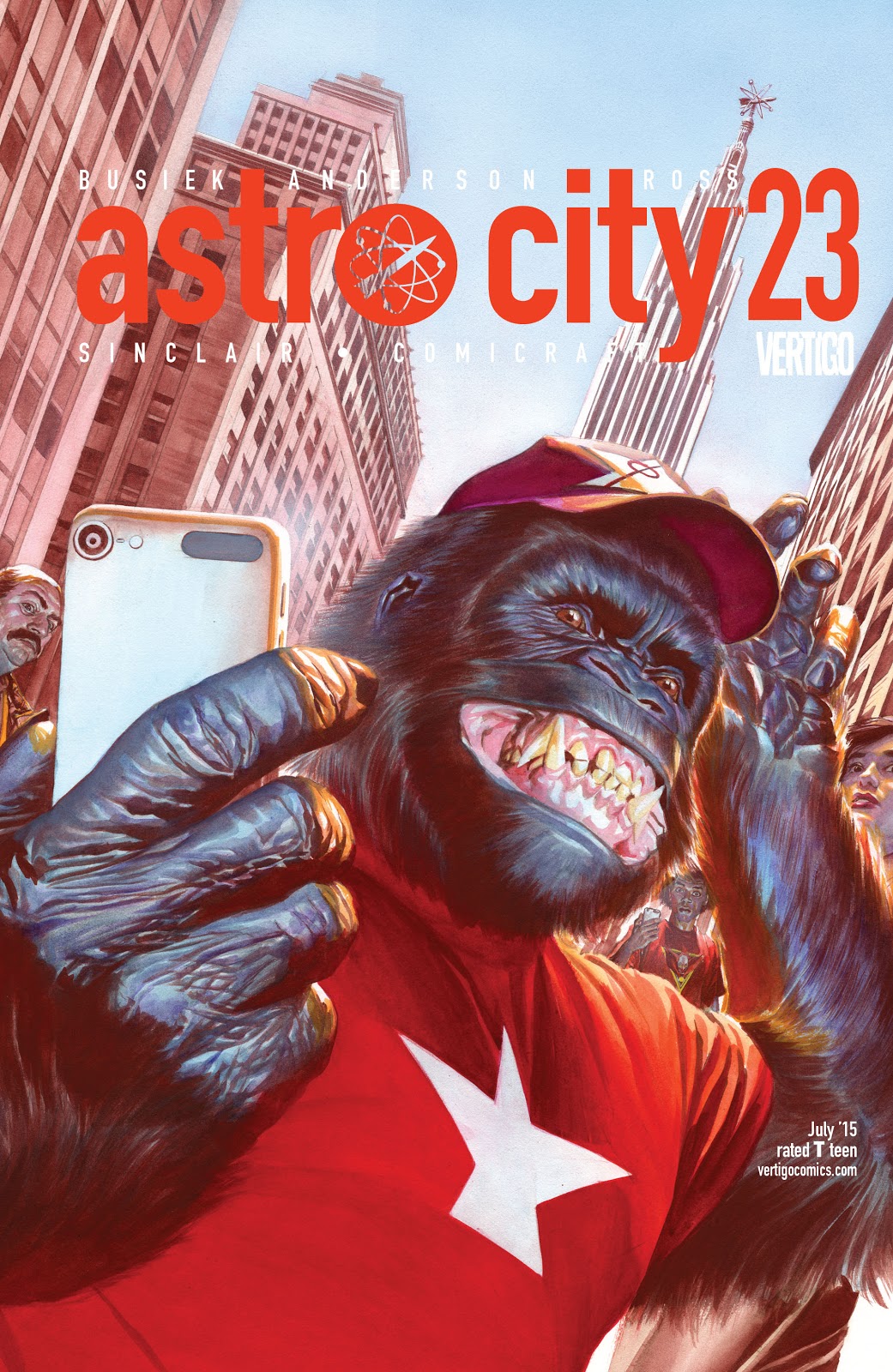 Nothing quite says “this is that kind of superhero comic” like a gorilla.

There’s other demarcations as to where on the silly/serious axis a superhero comic sits, but a gorilla is the big one. Famously part of superhero comics since their inception, traceable back to the pulpy roots of the Western comic, they reached their peak in DC’s Silver Age, where – as gone into Benito Cereno’s aforelinked article – they were so popular, Julie Schwartz had to institute a rule of one gorilla a month (in a highly unusual show of restraint for American comics publishers, who never met anything worth doing that they didn’t overdo.)

A gorilla means one of two things: the universe either is in its version of the Silver Age, or it had it at one point. This is the modern day, so this is the former, and this is the lot of Sticks, the gorilla drummer. This almost certainly was inspired by the legendary Cadbury’s ad, which had nothing to do with chocolate but everything to do with the anticipation of a gorilla waiting to play the drums.

This is almost certainly why the idea of the gorilla as a sidekick or antagonist has endured for so long – they are not quite like us, but they are so like us.

All this emotion is conveyed by Brent Anderson, who makes it look easy – even though body language and facial expressions are notoriously difficult to produce under the deadline of the monthly comic. Sticks instantly is a fully formed character, thanks to Brent Anderson’s great design – the Samaritan T-shirt and cap, the twirling of the drumsticks, all this makes him instantly relatable and fun to read about.

Usually the gorilla is the sidekick in superhero comics, but this is Sticks’ story, and he tells it well, telling curious prospective bandmates about where he comes from. His society is from one of those “we need a new idea, how about this” stories from the legendary first hundred issues of Fantastic Four by the now-departed Jack Kirby and Stan Lee, where the team of adventurers would just go to a new place and without even intending it, wind up building a universe around them simply because there were no rules for the Marvel Universe yet.

But the benefit of real time lets the fact that Gorilla Mountain positioned conveniently next to a story-generating dimensional nexus – handy, that – means that Gorilla Mountain changes as a result, adopting a generational siege mindset where every member of the society has to be willing to fight as a soldier. It draws some mildly uncomfortable real-world parallels that may feel a little out of place in a story about talking gorillas from Antarctica, but it’s all kept within reasonable bounds by levity…

… it’s hard to dig too deep into the problems of states with huge militaries and a siege mentality when the thing they’re afraid of includes “bees with neanderthals.”

Sticks is a born mook, the even-more-faceless version of the henchman, one of a dozen matching people with matching uniforms whose job it is to go “Look out! It’s – UGHN!!” at a critical point in the story. He’s a musician in his soul in a society that doesn’t care about music. He’s the struggling artist writ large, born into a world that just doesn’t understand, man.

The genre isn’t done with him yet – it’s presenting him with two choices, either accept his lot as a mook…

… or accept the one path out of that in a standard superhero story: become a superhero. But what kind of rebellion is it if it’s the same thing everyone else did?

Sticks starts to get an idea – and what idea it is, will have to wait ‘til next time. See you then!