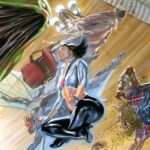 Astro City #11 has a different feeling than the more plainly superheroic fare in the previous issues, starting with the lettering on the very first page, which consciously shifts from the more purple prose of a fantasy story to the more conventional narration of the comic. It’s a shift courtesy of John G Roshell and Jimmy Betancourt of Comicraft, and the deceptively complex art of comics lettering.

The entire feel of the interior of the house is straight out of late-1980s Dr. Strange, where the Sanctum Sanctorum was playing host to Doctor Strange, his manservant, a couple of his ex-girlfriends, and a very naked green minotaur, along with the female rat that Dr. Strange had to possess that one time. The art of Brent Anderson keeping everything in that delicate harmonic of mystical mundanity, where there’s a bull man with bees for a beard and he makes good tea. 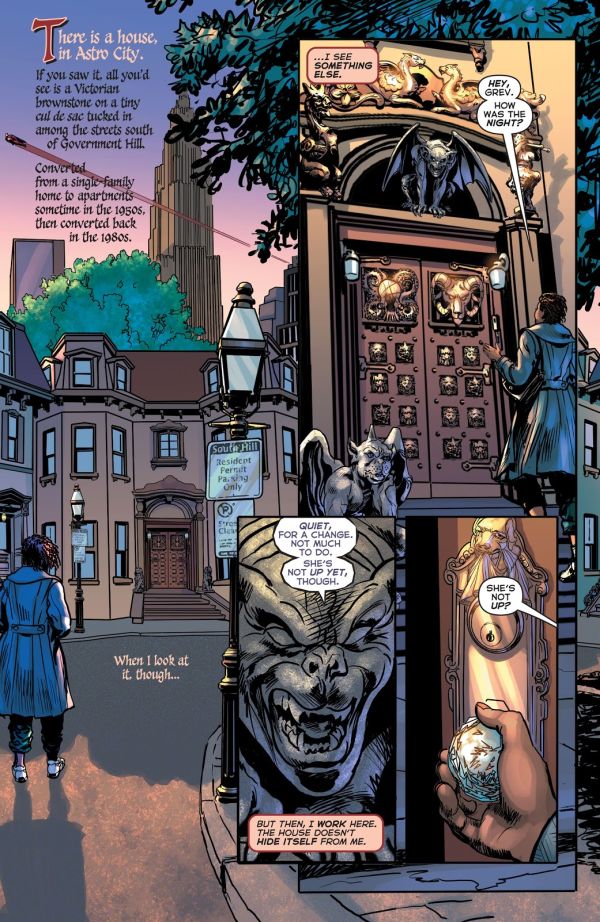 Way back in my overview of Astro City #2, I talked about how Astro City is the kind of story where you do find out who pumps the air in the Batmobile’s tires, and what their day is like. This is another great done-in-one story about that kind of character: Raitha, the secretary to the Silver Adept, Earth’s greatest master of the mystic arts.

The professional job of being a secretary is all but a joke in some corners and at the very least, broadly underappreciated in culture; dismissed as women’s work. (This issue wisely sidesteps any gender dynamic problems by having both assistant and sorceress be women.) You can see at the least why Batman needs air in his tires, but what would a superhero need with a secretary? Can’t they keep everything straight themselves?

No. God, no, they cannot, if they have anything on the level of the commitments a preeminent sorceress tied into the power structure defending the world must have. Being a personal assistant is a very difficult job, and I know, because I’ve worked it; your job is to essentially be a second brain for someone else, dedicating your timetable and your headspace to everything that they don’t have time to fit in their timetable and their headspace.

You’re welded at the hip to your phone (or, in this case, your conceptual analogue for the Internet in mystical space…) 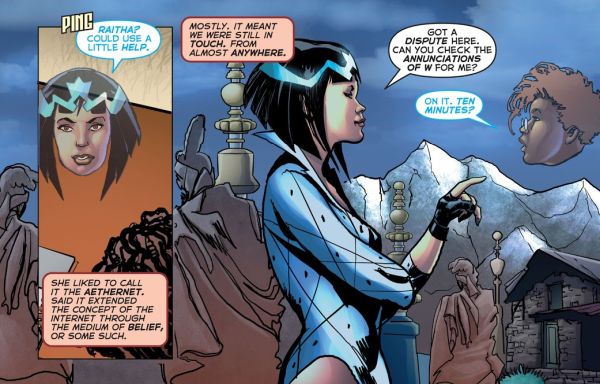 … and the closest you get to working from the road is going to the Other Desk, with the Other Piles… 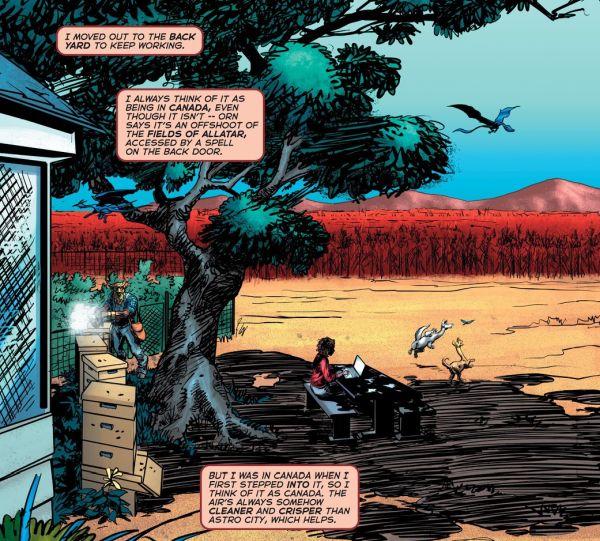 … and learning all the different layers of meaning to “we’ll have it ready soon” and figuring out which transdimensional traffic route the boss should take when they’re out and about, and which people in the same line of work you can hit up for an emergency favor right the heck now.

It’s a dream job, but it’s still a job. It’s Astro City’s goal to find the divine in the mundane, and you can’t get more mundane than One of Those Days at The Office – and this is very much a day-in-the-life issue. No grand changes are on the horizon for Raitha, the Silver Adept, or the planet Earth; the closest that they come to a crisis point is when someone shows up at the office to see the boss at the exact worst possible moment. 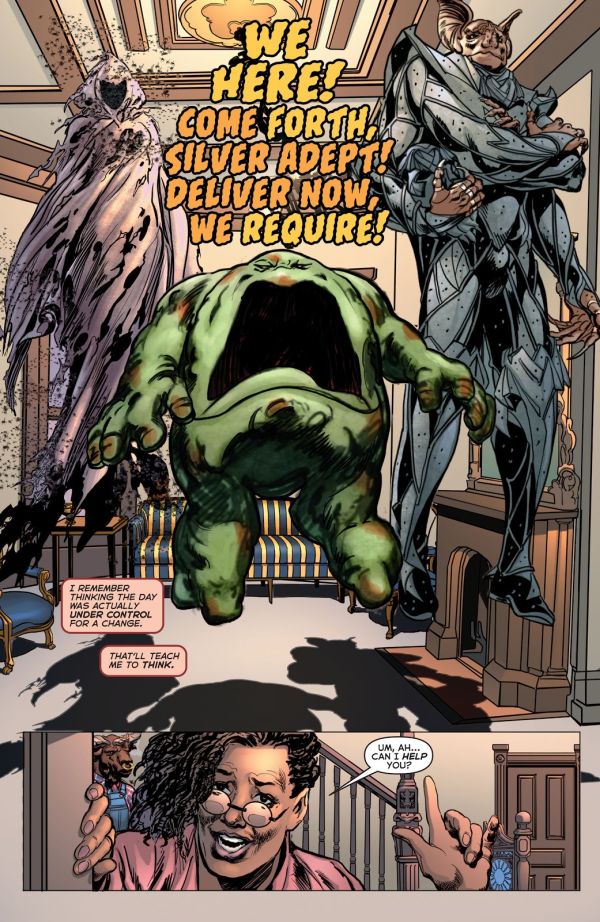 But work doesn’t have a clearly defined character arc either (outside of when we lose our jobs and must endure the change brought on by the act break.) Work is just a thing we all must do, and there’s a quiet nobility in stories about making it another day without getting fired or losing it entirely. I’m reminded of Juliet Kahn’s essay on Cathy in The Comics Journal, and how womanhood is so often found in the mundane – less saving the world and more just trying to hold on while it spins under our feet.

So too it is with Raitha, who in a normal superhero comic would just be there to give the main character someone to explain complex magical systems to, but who gets the spotlight here, tasked with an impossible job – and any job is impossible on the days when you realize you’re just not going to be able to get it all done. I like her a lot.

One final detail, almost forgotten, is the notion that they recently moved to Astro City from Vancouver Island, which elicited a chuckle from me. Vancouver, never getting to play itself, is halfway to a nexus of all realities already, so of course it’d have to be the home to Earth’s mystical defender. The only time that Vancouver got to be itself was the opening sequence in Mass Effect 3, where instead of attacking New York or London or Hong Kong, alien death machines that warp thought like a gravity well first touch down in Vancouver. Not an auspicious entry into the “when did your city get fictionally blown up” pop culture listings.

But they’ve recently moved to Astro City, chasing a silver harmonic – and “silver” is an evocative term in comics, isn’t it. There’s the Silver Age itself, of course, and the fate of the Silver Agent who was in many ways its avatar, and as we’ve seen in previous issues…

… there’s something going on there.

But the overarching story of what it all means takes a breather next issue, as Astro City picks up the first of many notable guest artists who’ll put a different spin on the city and the people who live in it. All covered next week. See you then!