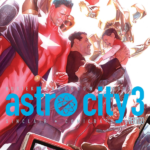 How do you deal with failure, when everything was on the line?

This has been a surprisingly vibrant concern of late in pop culture; the latest blockbuster entry is Avengers: Infinity War, where all modes of heroism fail to stop Thanos. From the shoot-from-the-hip high emotions of Star-Lord and Spider-Man to the stoicism of Captain America and Black Panther, from the idealism of refusing to surrender a life to the pragmatism of surrendering that life, from new weapons and old foes – it all fails and the fallout is staggering.

It might have something to do with an election that went the wrong way, the consequences of which we’re enduring every day.

Superheroes have an unusual relationship with failure; when everything is really on the line, they’re rarely going to fail, if only because the universe needs to exist next month and “everyone failed and everyone died” is a trick you can only really pull once. The serial story only allows for certain kinds of failure for its protagonists. But this is Astro City, a different kind of story with a different kind of protagonist, and for Marella, it doesn’t matter that the world hasn’t come to an end; she feels like it has, all the same. 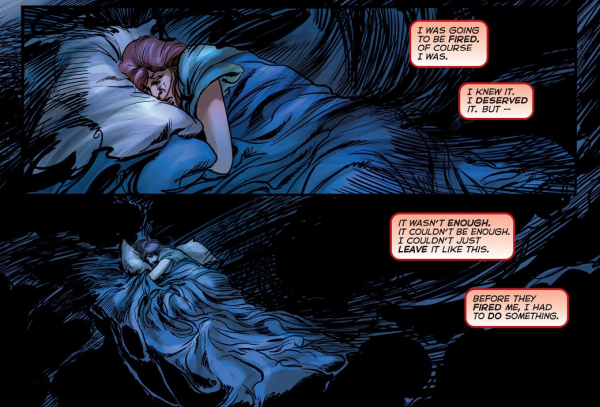 Anderson and Sinclair are especially on fire in this issue, drowning Marella in a sea of bedsheets that she sinks into; her misery is palpable.

She eventually gets out of bed and kicks off the plot, which is her deciding to travel to the scene of the incident she blames herself for and trying to find the girl she feels that she failed. This is probably less healthy than therapy or a training course at her job, but while Astro City is a different kind of superhero comic, it is still a superhero comic, and direct action is how problems get solved in superhero comics.

She helps out in the affected region, with people suffering due to the conflict, and eventually finds someone connected to the Skullcrushers, using that ubiquitous surveillance technology talked about in the last installment. She follows him into his secret base, finding the girl she was looking for as well as her mother. But as superheroes do: they show up just in time. 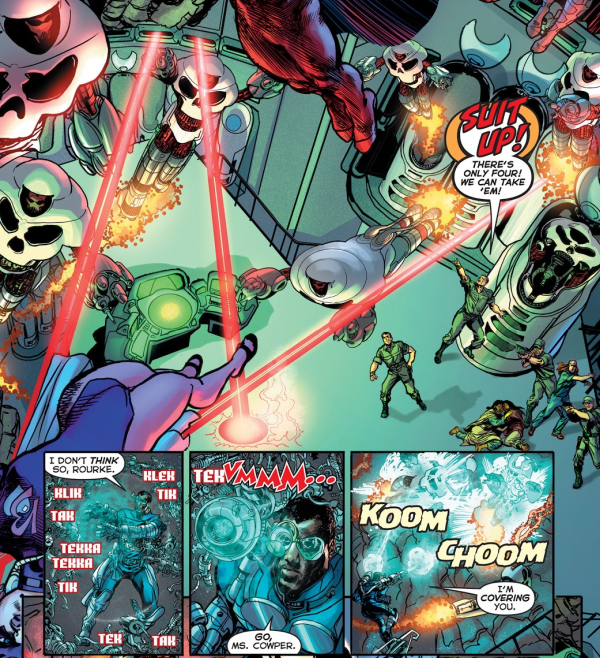 As an aside, the Assemblyman is great; filling the Engineer/Cyborg role on the team as the technical wizard, and the fact that we’ve seen his villainous predecessor, but never him, showcases the passage of time and makes the universe feel lived in and planned out. Honor Guard feel like a modern superhero comic, albeit one with the good sense not to mess with classic designs like Samaritan’s.

Modern superhero comics also have their own relationship with failure, often taking it over the line from something we all go through and have to cope with, to a bullet point on the storytelling list – turning modern superhero event comics into a never-ending list of people that the superheroes failed to save, from entire cities being wiped from the map to superheroes dying at each others’ hands. It was no different when this comic came out. Failure is all but expected, to the point that when Esme is about to fall to her death… 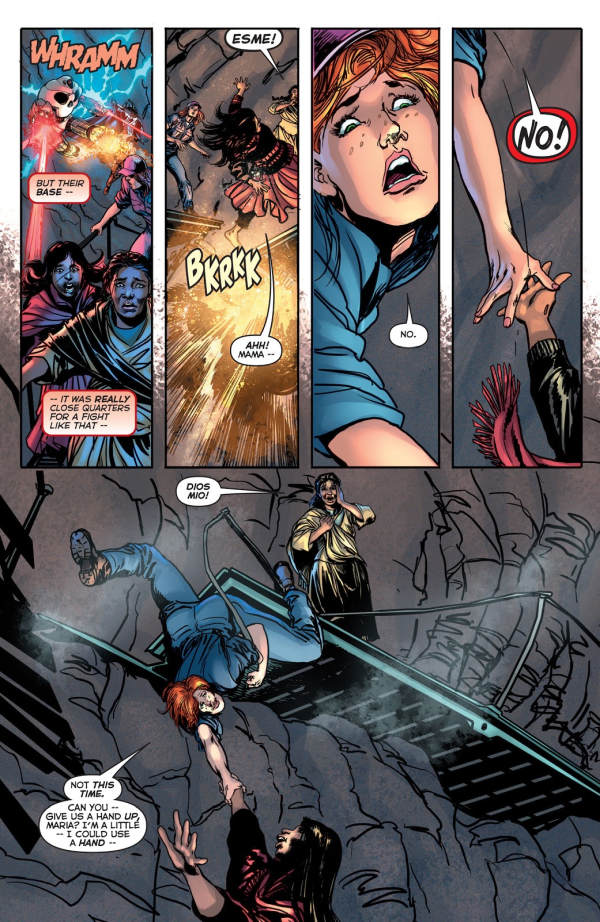 … I was genuinely shocked when Marella caught her.

Failure, from a storytelling perspective, can be something other than a theme; it can be used to subvert expectations and help establish the stakes. But anything that subverts expectations, if done often enough, becomes the new expectation. We expect a few C-listers to get killed off to establish the threat, to the point that a crossover where no one dies would be almost a novelty.

I was expecting this to be a story that drowned in failure rather than about going the extra mile to overcome it. While both have their uses, the former feels out of place for what is, at its core, a superhero comic (not a lot of the failures we have to overcome in our lives require the use of a planetary teleportation network.) 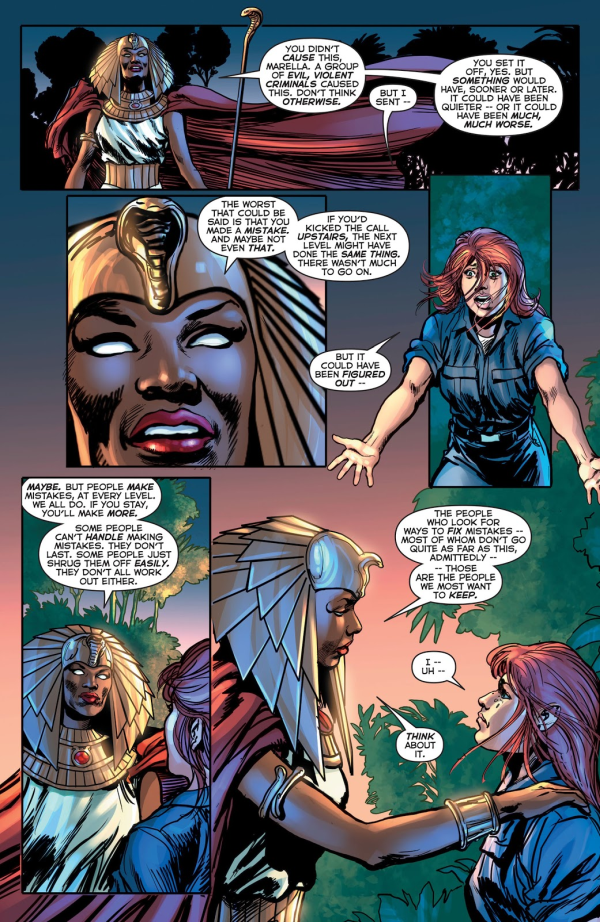 Honor Guard does what superheroes do, and Cleopatra takes some time to bolster the confidence of Marella, in a way that carefully threads the needle on the story’s central theme: how to keep going after the kind of mistake that isn’t easily undone.

I think a lot about a story a friend of mine told me, about working in a hospital. About how you had to accept that someone would – not might, but would – suffer, and even die, because of a decision you made. That in order to work there, you couldn’t let it consume you and you couldn’t ignore it either. That you had to balance acceptance of your frailty as a human being with your desire to help the world and be a part of it.